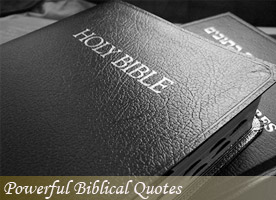 Powerful Bible Quotes on Immaculate Heart of Mary
Therefore the Lord himself shall give you a sign; Behold, a virgin shall conceive, and bear a son, and shall call his name Immanuel.
– Isaiah 7:14

And Jacob begat Joseph the husband of Mary, of whom was born Jesus, who is called Christ.
– Matthew 1:16

There came then his brethren and his mother, and, standing without, sent unto him, calling him.
– Mark 3:31

Then came to him [his] mother and his brethren, and could not come at him for the press.
– Luke 8:19

These all continued with one accord in prayer and supplication, with the women, and Mary the mother of Jesus, and with his brethren.
– Acts 1:14

Now there stood by the cross of Jesus his mother, and his mother’s sister, Mary the [wife] of Cleophas, and Mary Magdalene. When Jesus therefore saw his mother, and the disciple standing by, whom he loved, he saith unto his mother, Woman, behold thy son! Then saith he to the disciple, Behold thy mother! And from that hour that disciple took her unto his own [home].
– John 19:25-27

And in the sixth month the angel Gabriel was sent from God unto a city of Galilee, named Nazareth, To a virgin espoused to a man whose name was Joseph, of the house of David; and the virgin’s name [was] Mary. And the angel came in unto her, and said, Hail, [thou that art] highly favoured, the Lord [is] with thee: blessed [art] thou among women. And when she saw [him], she was troubled at his saying, and cast in her mind what manner of salutation this should be. And the angel said unto her, Fear not, Mary: for thou hast found favour with God. And, behold, thou shalt conceive in thy womb, and bring forth a son, and shalt call his name Jesus. He shall be great, and shall be called the Son of the Highest: and the Lord God shall give unto him the throne of his father David: And he shall reign over the house of Jacob for ever; and of his kingdom there shall be no end. Then said Mary unto the angel, How shall this be, seeing I know not a man? And the angel answered and said unto her, The Holy Ghost shall come upon thee, and the power of the Highest shall overshadow thee: therefore also that holy thing which shall be born of thee shall be called the Son of God. And, behold, thy cousin Elisabeth, she hath also conceived a son in her old age: and this is the sixth month with her, who was called barren. For with God nothing shall be impossible. And Mary said, Behold the handmaid of the Lord; be it unto me according to thy word. And the angel departed from her.
– Luke 1:26-38

To be taxed with Mary his espoused wife, being great with child. And so it was, that, while they were there, the days were accomplished that she should be delivered. And she brought forth her firstborn son, and wrapped him in swaddling clothes, and laid him in a manger; because there was no room for them in the inn. And there were in the same country shepherds abiding in the field, keeping watch over their flock by night. And, lo, the angel of the Lord came upon them, and the glory of the Lord shone round about them: and they were sore afraid. And the angel said unto them, Fear not: for, behold, I bring you good tidings of great joy, which shall be to all people. For unto you is born this day in the city of David a Saviour, which is Christ the Lord. And this [shall be] a sign unto you; Ye shall find the babe wrapped in swaddling clothes, lying in a manger. And suddenly there was with the angel a multitude of the heavenly host praising God, and saying, Glory to God in the highest, and on earth peace, good will toward men. And it came to pass, as the angels were gone away from them into heaven, the shepherds said one to another, Let us now go even unto Bethlehem, and see this thing which is come to pass, which the Lord hath made known unto us. And they came with haste, and found Mary, and Joseph, and the babe lying in a manger. And when they had seen [it], they made known abroad the saying which was told them concerning this child. And all they that heard [it] wondered at those things which were told them by the shepherds. But Mary kept all these things, and pondered [them] in her heart.
– Luke 2:5-19

And Mary arose in those days, and went into the hill country with haste, into a city of Juda; And entered into the house of Zacharias, and saluted Elisabeth. And it came to pass, that, when Elisabeth heard the salutation of Mary, the babe leaped in her womb; and Elisabeth was filled with the Holy Ghost: And she spake out with a loud voice, and said, Blessed [art] thou among women, and blessed [is] the fruit of thy womb. And whence [is] this to me, that the mother of my Lord should come to me? For, lo, as soon as the voice of thy salutation sounded in mine ears, the babe leaped in my womb for joy. And blessed [is] she that believed: for there shall be a performance of those things which were told her from the Lord. And Mary said, My soul doth magnify the Lord, And my spirit hath rejoiced in God my Saviour. For he hath regarded the low estate of his handmaiden: for, behold, from henceforth all generations shall call me blessed. For he that is mighty hath done to me great things; and holy [is] his name. And his mercy [is] on them that fear him from generation to generation. He hath shewed strength with his arm; he hath scattered the proud in the imagination of their hearts. He hath put down the mighty from [their] seats, and exalted them of low degree. He hath filled the hungry with good things; and the rich he hath sent empty away. He hath holpen his servant Israel, in remembrance of [his] mercy; As he spake to our fathers, to Abraham, and to his seed for ever. And Mary abode with her about three months, and returned to her own house.
– Luke 1:39-56

And when they saw him, they were amazed: and his mother said unto him, Son, why hast thou thus dealt with us? behold, thy father and I have sought thee sorrowing. And he said unto them, How is it that ye sought me? wist ye not that I must be about my Father’s business? And they understood not the saying which he spake unto them. And he went down with them, and came to Nazareth, and was subject unto them: but his mother kept all these sayings in her heart.
– Luke 2:48-51

And the third day there was a marriage in Cana of Galilee; and the mother of Jesus was there: And both Jesus was called, and his disciples, to the marriage. And when they wanted wine, the mother of Jesus saith unto him, They have no wine. Jesus saith unto her, Woman, what have I to do with thee? mine hour is not yet come. His mother saith unto the servants, Whatsoever he saith unto you, do [it]. And there were set there six waterpots of stone, after the manner of the purifying of the Jews, containing two or three firkins apiece. Jesus saith unto them, Fill the waterpots with water. And they filled them up to the brim. And he saith unto them, Draw out now, and bear unto the governor of the feast. And they bare [it]. When the ruler of the feast had tasted the water that was made wine, and knew not whence it was: (but the servants which drew the water knew;) the governor of the feast called the bridegroom, And saith unto him, Every man at the beginning doth set forth good wine; and when men have well drunk, then that which is worse: [but] thou hast kept the good wine until now.
– John 2:1-10