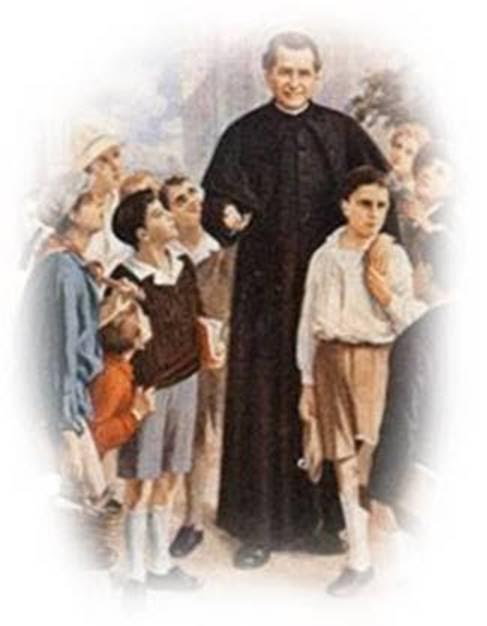 On January 31 the Church honors the Memorial of St. John Bosco-Friend of the Youth. He was called “Apostle of Youth” because he dedicated his life to the young people by organizing youth clubs, hostels, and boarding schools where he taught them. He founded the Salesian Society for the boys in 1854 which was named St. Francis de Sales. In 1872 he also founded the Salesian Sisters called Daughters of Mary, Help of Christians to work for girls.

St. John Bosco had no formal system or theory of education. His methods centered on persuasion, authentic religiosity, and love for young people. He was an enlightened educator and innovator. The educational philosophy of John Bosco can be condensed in three words: reason, religion, and kindness. The basic principle of his system was a deep understanding and love for young people and their problems.

Saint of the Week January 31

St. John Bosco is considered as the saint of the youth. Founder of Salesian Society, named in honor of St. Francis de Sales. His lifework was the welfare of young boys and girls, hence his title, “Apostle of Youth.” His methods centered on persuasion, authentic religiosity, and love for young people. He was an enlightened educator and innovator. Pope John Paul II named him “teacher and father to the young.”

At age 14, he really wanted to be a priest because he wants the youth to understand their faith. He served a priest for its morning masses and the priest taught John Bosco Latin. But the young John Bosco needed to stop his lessons with the priest because he needed to work in a farm to help their family for a living. But he did not stop dreaming of becoming a priest until one day his uncle brought him to a school where he can fulfill his dream.

He is a patron saint of apprentices; boys; editors; young people; laborers; students and young people.

To know more about St. John Bosco, please click on the following links: 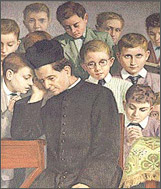 Today, in almost every nation of the world, the oratories of Don Bosco are flourishing. In them can be found the most up-to-date attractions and encouragements for every form of religious and social activity. They are equipped to meet the needs of the times and the new needs of souls. Their flourishing and their success are, however, conditioned by their fidelity or otherwise to the spirit of the Founder.

The fulfillment of his ambitious programs demanded helpers. These he sought and found among generous clerical and lay co-operators. He formed them, too, from the best of his boys, inspiring them with something of his own dynamic zeal and sense of apostolate. Thus was he able to register consoling successes even before he had at his disposal the help of his religious family, the Salesian Society.

A training ground for apostolic souls. Such is the Salesian Oratory. It provides a golden opportunity for Salesians, for clergy and for laity, in the service of God and of youth.