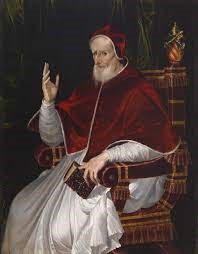 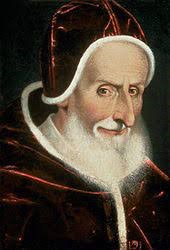 He was born on January 17, 1504 in Bosco, Italy. His birth name was Antonio Ghislieri. He entered the Dominican Order when he was 14 years old and took the name Michele. He was ordained a priest in 1528 and he taught theology for sixteen years before becoming master of novices and prior of many Dominican Houses. Pope Pius-IV consecrated him bishop on September 14, 1556 and made him cardinal on March 15, 1557. In spite his closeness with pope Pius-IV, he opposed the pope Pius-IV when the pope tried to make one of his relative aged 13 years as cardinal. After the death of pope Pius-IV, Michele was elected pope on January 7, 1566 and took the name Pius-V. After becoming pope he continued to wear the Dominican white cassock that led to popes wearing white cassocks. He deprived himself of many customary luxuries of popes and spent long time in prayer. He observed the spirit of Dominican Rule throughout his life. When Emperor Maximilian-II of Germany tried to abolish clerical celibacy, he opposed that idea and defeated the emperor’s proposal. He also excommunicated Queen Elizabeth-I of England for her persecution of English Catholics. He took efforts for the formation of Holy League of Nations, an alliance of Catholic nations and defeated the Ottoman Turks at the battle of Gulf of Lepanto on October 7, 1571. The pope attributed the victory to the intercession of Blessed Virgin Mary and started a feast of Our Lady of Victory in 1571. But the feast was changed as the ‘feast of the Holy Rosary’ by pope Gregory-XIII in 1573.

The scourge of war is on us,
for the worship of God is despised:
the chastisement that avenges guilt is menacing our earth.
In this peril, which of the heavenly citizens
can we better invoke in our defence than you, O Saint Pius?
O blessed Pontiff!
No mortal ever laboured with such zealous vigor
to promote God’s glory on earth as you did;
No mortal ever struggled, as you did,
to free Christian lands from the yoke
which barbarians were seeking to put upon them.
Your power is greater now that you are in heaven:
look upon us your clients!
Restrain civil discord and repel our enemies.
May your prayers bring golden peace upon the earth;
that in calm security we may sing our canticles to God with a gladder heart.
To You, O Blessed Trinity, one God,
be glory, praise and power,
forever and ever.

‘O God, Who You were pleased to break the teeth
of them that hate Your Church,
and to restore again the solemn worship of Yourself,
did choose Saint Pope Pius V to work for You in that matter,
grant that he may still be a tower of strength for us.
Grant that we also may be more than conquerors
over all that make war upon our souls,
and in the end may enter into perfect peace in Your presence.’

More than ever, we need to again
restore divine worship with reverence towards God
as St. Pope Pius V accomplished.
We have had enough of the worldly worship of man in our churches,
(Pleasing the people with music,
clapping, jokes, ‘prayer’ facing them,
dramas, dances and everyone getting in on the ‘Show’.)

Father,
you chose Saint Pius V as pope of your Church
to protect the faith and give you more fitting worship.
By his prayers,
help us celebrate your holy mysteries
with a living faith and an effective love.
Through our Lord Jesus Christ, your Son,
who lives and reigns with you
in the unity of the Holy Spirit,
one God, forever and ever.

Our Father…, Hail Mary…, Glory Be…

O God, who in your providence raised up Pope Saint Pius the Fifth in your Church that the faith might be safeguarded and more fitting worship be offered to you, grant, through his intercession, that we may participate in your mysteries with lively faith and fruitful charity. Through our Lord Jesus Christ, your Son, who lives and reigns with you in the unity of the Holy Spirit, God, forever and ever. 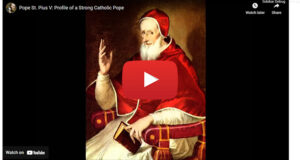 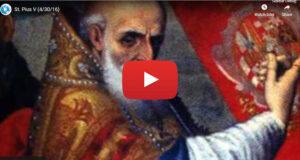 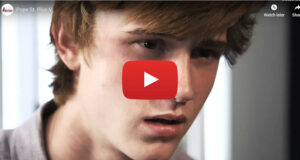 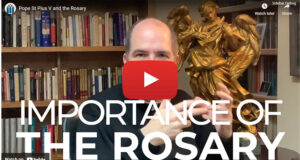 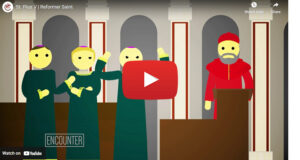