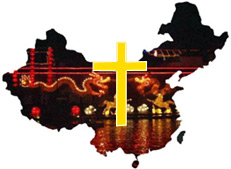 Bishop Joseph Sun Yuan Mo was 85-year old bishop of the Chinese diocese of Linfen. He was born on Nov. 7, 1920, in Zhuangyuan, Hongdong district, 585 kilometers (360 miles) southwest of Beijing.

He entered the diocesan minor seminary at 15 and then studied philosophy and theology at the major seminary. He was ordained a priest in 1948.

After a few years of teaching at Fu Jen Catholic University in Beijing, he was sent to minister in the southern province of Guanxi.

“During the difficult period of the Cultural Revolution, 1966-1976, he returned to the town where he was born,” recalled Fides. “He was eventually arrested there and condemned to 13 years of forced labor for ‘reeducation.'”

Years later, after his release, he resumed his ministry. Consecrated bishop, he was in charge of the pastoral care of the diocese, first as auxiliary and, since 1991, as ordinary. The diocese has 36 priests, 60 nuns and 30,000 Catholics.

He had been seriously ill for years. He death on February 23 was confirmed by the Fides Agency of the Congregation for the Evangelization of Peoples. Numerous faithful attended an afternoon mass every day for six days after the prelate’s death.